Its All About The Brand

No Brand = No Business

Most business owners tend to think that a brand is merely something artificial like a logo or even a mission statement. A ‘necessary evil’ in having to sell products or services in the 21st century. Well this couldn’t be further from the truth, a brand from the perspective of the company is the narrative that defines its complete existence. In the case of the consumer, it is the complete sensory perception of this company. If I had one piece of advice to those that control their company’s brand, your brand is precious. It has to be created, nurtured and looked after. A strong brand not only has a financial value but it also pre-determines a company’s ability to attract quality staff, suppliers and partners. Furthermore, it also pre-determines future income from your loyal brand ambassadors. For companies in the Western world, the values of a strong brand are going to become ever increasingly important as the internet will allow greater numbers of consumers to make use of cheaper services from Asia. If you’re brand doesn’t stand for something, it will be forced into competing on price, at thankless task against developing countries with weaker currencies such as India or China. So what is the difference between a good brand and a poor brand?

Good brands stands for something; they have transcending values, a stance, a point of view. They have a culture that can inspire both consumers and staff alike. A poor one doesn’t. It’s really as simple as that, the rest is simply communication. Good brands live their values consistently and coherently. Furthermore, good brands will redefine their image, their products and vision in line with the context of time and events. A great brand sells a vision. Poor brands tend to try to appease everybody, be indecisive and sell on benefits or features. People buy them because they want the cheapest product/service available. 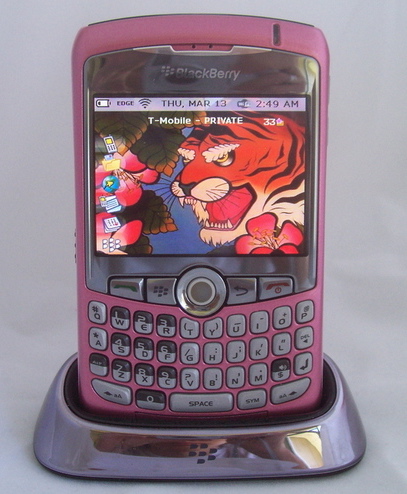 The Demise of Blackberry

I started to reflect on this as I considered Blackberry’s current plight.

Blackberry’s just aren’t cool anymore, maybe I am an old sentimentalist (give me an Alfa Romeo over a BMW or Audi any day) that secretly supports the underdog.

Once upon a time, Blackberry was the first and only Smartphone on the market. Being the first phone to properly combine e-mail and phone. It had a ubiquitous charm, being the phone of choice for ‘business people, journalists, people on the move, international travellers, the jet-set.’ It was a bit of a status symbol and was embraced by business people and Holywood A-listers alike. When I bought my Blackberry Bold, I absolutely loved the fact that it came with (as standard) three different plug outlets for Britain, Europe and America. It was this kind of touch that endowed it with its charm and was incredibly intelligent brand building. Even President Obama couldn’t be wrestled from his Blackberry when moving into the White House in 2008. The ultimate celebrity endorsement. The problem came when Apple decided to revolutionise the phone industry. They have previous here. Just ask Tower Records what happened to the music industry? Apple are an incredible company with an unbelievably strong brand, and their achievements in the Smart Phone market with the I-Phone once again moved the market on again. Blackberry reacted as most companies would, they panicked, and forgot who they were and what they stood for. Instead of focusing on their original values, Blackberry has been playing catch up with Apple. Blackberry’s reaction since I-Phone 1 hit the shelves has been painful to watch.

First came the less expensive Curve, which showed Blackberry trying to offer Smart Phones to a wider audience, which is fine. However, the grave almost unforgivable mistake came with the release of one of Blackberry’s greatest innovations BBM. This was a great innovation, for once out Appling Apple, that basically allowed all Blackberry users to communicate to each other with an instant messenger. A fantastic feature, but one that was always likely to be short lived with greater social media integration into Smart Phones. By having one feature that Apple didn’t possess, Blackberry went mad and completely changed their marketing strategy. Suddenly, they were the phone for the youth. They were and problematically still are the phones for students, for young girls to lose in night clubs, for people to keep in touch at festivals.

Suddenly there are pink ones and sparkly ones. Absolute madness. Yes, they cashed in at the time, only as recently as last year. Blackberry had their best ever year, profit wise. But the damage to the brand has been irepparable. Apple quickly invented whatsapp and more recently i-message, furthermore most people can communicate instantly using twitter or Facebook. BBM is no longer relevant and those same people, the business people, the movers and shakers, that once loved their Blackberries feel neglected and are now turning to Apple or Android in their droves. Blackberry cannot hope to compete with Apple technologically, it never could. But worst still, it has lost the appeal that once made it so special.

Is there a way back for Blackberry? Well I sincerely hope so. They are still the only real smart phone producer that have proper keypads, which genuinely do give a better typing experience, compared to touch screens. Furthermore, the Blackberry Enterprise server and push e-mail functions still function slightly better than its rivals. Both important features to its core audience. The biggest problem with Blackberry is the I-Phone is just so good, a real game changer. Branding and style tend to make a real difference when product offerings are similar and people purchase on more emotive reasons. However, when a genuinely innovative and innovating product comes on the scene such as the i-phone, which can appeal to almost everybody, as each of its features are so good. Branding becomes more difficult as you are asking your clientele to purchase a mainly inferior product. Blackberry should have focused on being the ‘best business phone on the market.’ Furthermore, Apple’s use of the Apps market to liberate thousands of developers is further testament to its genius. Crowd sourcing at its very best. Most companies would do what Blackberry did and look over its shoulder as opposed to the goal straight ahead. However, I believe Blackberry would be in a stronger position had it focused even closer on the business aspects of its phone, made it even better for those people that loved the original ones. It could have got away with charging more per unit and its distinctiveness would have helped it retain its strength of identity. It could have cleverly positioned itself as a tool and not a toy, left the games and the mass market to Apple and leave Blackberry as ‘the proud maker of proper business phones.’ This would have been one way to confront the I-Phone problem. Whether there is any way back for Blackberry, time will tell. 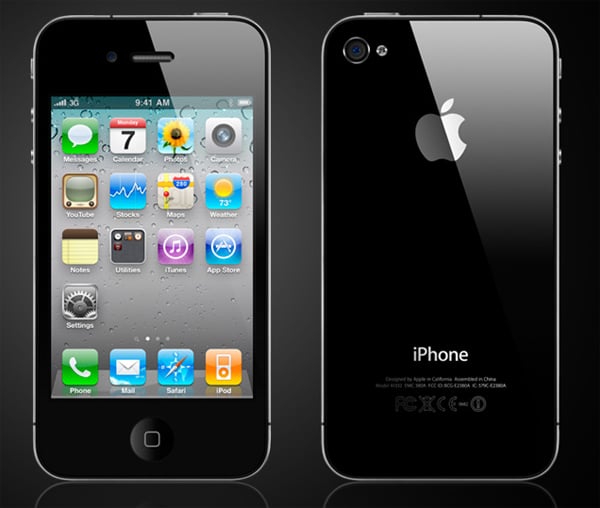 The two real lessons from Blackberry’s troubles are never treat your brand so shabbily, despite the temptation to cash in. And technology should never lead design. Good design would have used the technology behind BBM to help Blackberry appeal to its core values, instead the technology was allowed to dictate a full design/marking strategy. When there are companies like Apple around, any mistakes made by its competitors tend to be their last. I, personally, wish Blackberry the best in its fightback…