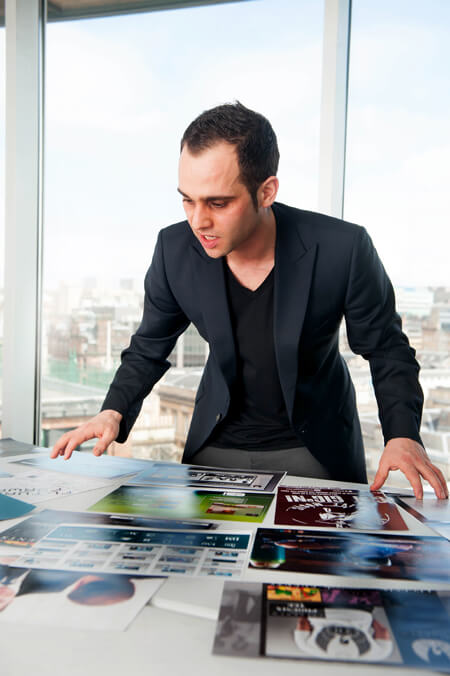 I have toyed a great deal with this phrase over the last couple of weeks. You see, I am in the process of writing an e-book at the moment. And the title has changed so many times now, I am thinking of just leaving it blank. The e-book will explain the importance of branding and giving some advice on the subject. You see, when I am writing, the subject continuously return to ’emotion.’ Now this is a difficult one. We in the west of Scotland, are not known for indulging in the ‘e’ word a great deal, and its probably a bit too ‘heart-on-the-sleeve’ for anybody that isn’t American as well. That’s before even considering how to discuss the subject amongst calculating business people.

Now, the draft title may change but one thing that remains central in the e-book is that generating an emotional response is central to the branding process. In fact, its the most important thing. When I began to learn about branding, one of the first things I learned about was psychology, understanding the brain and how it works is critical to understanding why certain brands work and why some don’t. I always loved great design but was eager to learn more. Some elements of design worked better commercially than others and I was desperate to work out why. Commercially, the main reason for a strong brand is to be both recognisable and memorable. To build a successful brand long-term, the emotional responses to the brain (not the heart, as many would think) should be consistent. Very few people will take the time to learn your business intimately so like a Shakespeare Sonnet, you have to make the largest impact in the shortest space of time. The only way to achieve that is through creating an emotional response in your communications; be it excitement, happy, joyous, informed, energised etc. The great brands understand what emotional response they want to create and create both products and communications that will convey this emotion. The ones that do it really, really well will know what they are doing and charge you extra for your pleasure (Apple, for example.). The problem is that most tend to fall short, make lots of noise, give lots of mixed signals without consistency and they therefore struggle to gain any traction regarding their brands. And anybody that has a business has a brand, it may not be a heavily marketed effort but anything from your local chippie to you multinationals have a brand. Its just that few would define it as such. The ones that are rock-solid in their consistency are those that develop the best results for their business. The companies that consistently deliver the same emotional response will be more memorable and easier for people to index in their thoughts. Its why engaging an emotional response is the easiest way to build a great brand.

It is as true of personal brands as it is with corporate brands. And interestingly, people may not realise they know this but they tend to be able to feel something that isn’t quite right. I think the perfect example is David Cameron, the man who still struggles to convince a nation. Why? Well, there is no politician in recent times that has conveyed such a mixed range of messages – none of which define him. And for this, people struggle to believe and follow him. Nobody is buying into the Cameron brand because nobody knows what it is. I doubt he does himself. Boris on the other hand is entirely consistent which helps massively when you need a group of people to buy into you. Liking him or believing he would make a good PM is a different question, but a huge number of people buy into brand Boris.

Returning to business. The funny thing is that design is king in all this. The consumer will have made their mind up about your product/service in milliseconds. Having seen your website, met your sales people, or seen your promotional material. The emotional side of their brains will have decided whether it wants to engage with your company before the logical bit even has time to process it. That means you have mere milliseconds to engage. Only the very best understand this and can design accordingly.

Fortunately, we just happen to be one of the few companies that can do this. If you would like to know more about how your brand can engage an emotional response to help your business give us a bell…

Oh and I think I will risk ’emotive-branding’ as the e-book title. Rule no1, be authentic even if the terrain is hostile or is that rule no2?