Tag: The Lean Start Up 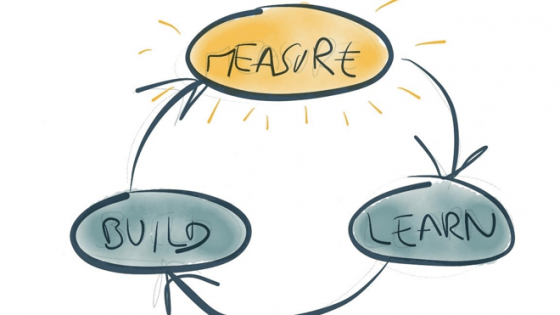 ‘A company that pushes the limits of Creativity, Quality and Service.’

These are the latest words we have picked to differentiate the loft from all the others in the tightly packed, multi-faceted and incredibly competitive, creative sector which we operate.

Just to break it down a bit…

We want creative concepts that stir the soul to get us pumped about what we are doing.

We know that quality is a non-negotiable

Finally, excellent service is the foundation to any successful business.

At the loft – we are absolutely obsessed about all three.

How do we achieve the optimal mix?
The secret lies in the F-Word and no not the one you are thinking off.
While some may be terrified of it and others do their best to completely avoid it.

At the loft, we wholeheartedly embrace the F-word.

We are comfortable in its presence, we use it as an opportunity to learn and we treat it as rocket fuel to break down those creative brick walls we face on a daily basis.

For us, it is the first step to success.

Its something you will hear a lot of in our studio, alongside the example of a rocket which is almost permanently of course as it fails its way to the moon.

A love of failure might seem counterproductive but the biggest problem most creatives face is the enormity of the initial brief.

It can be so overwhelming that procrastination reigns supreme – ‘lighter/ darker, coloured/ monotone, in-line/ staggered…’

Endless analysis is followed by very little action. People build such large walls in their own minds that they are stunted into in-action. So much so, that the scale of even the first task overwhelms them.

At the loft, we just don’t have time for that.

We want to reign supreme in not one but three different areas – who has time for procrastination?

We believe action is key – work fast, smaller actions, quick decisions, minimise guess work, face uncomfortable truths, de-risk the concepts. Each of these behaviours help us to get through a massive workload – we get through more in a day than some would get through in a week.

Oh and it leaves plenty of time for barbecues, parties, drinks and the other fun stuff we regularly enjoy.

What’s more and this is the best bit, working faster and with greater intensity may seem like harder work but actually the opposite is true.
Its energising.

Guesswork is tiring, procrastination robs us of momentum and playing it safe is the surest way to completely lose interest.

Whether it is the ‘Lean Start-Up’ philosophy, the E-Spark philosophy or the Silicone Valley philosophy – it is one that we wholeheartedly believe in and use every single day. 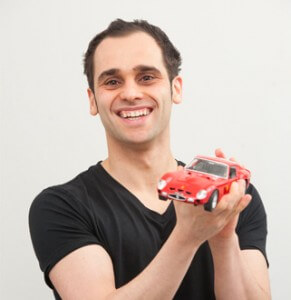 Benedetto is an ideas-driven Creative Entrepreneur. He is on a mission to unleash the power of creativity to create a better world – for people, business and society.

He is the founder of the loft, a design and branding house which operates worldwide helping companies bring their brands to life in the most imaginative and effective ways possible.

The loft serves companies in every sector and is quite simply the best in the business at creating brands that capture the imagination.

In addition to his role with the loft, Benedetto is an avid supporter of young people into enterprise. Having been supported by organisations such as PSYBT and currently by E-Spark, he does all he can to support young entrepreneurs. He provides assistance to organisations such as Bridge2Business, Young Enterprise Scotland and acts as a mentor for young business owners with Entrepreneurial Scotland.

His support to the next generation doesn’t end there, Benedetto is a big supporter of MCR Pathways, an organisation which helps disadvantaged children secure better futures through mentoring. Alongside his team at the loft, he provides creative support to the organisation as well as specialist work experiences for the students in the studio.

A real man on a mission. Benedetto likes to make things happen and happen fast and in a big way. He always wants things done yesterday and is relentlessly driven in his quest to make tomorrow better than today for his company, the people he serves and the wider community.