One of Europe’s design capitals. I must say it was so exciting to return to a city where I used to live. Milan lives and breathes design, everything from fashion to architecture to interior/product design. It was also the week after the famous Salone del Mobile, so the city was still in a particular ebullient mood.

One of the things I like most about Milan is the Milanese men’s fashion. In terms of the corporate style, they are so adventurous in their mixing of accessories with traditional corporate clothing and somehow or other, they pull it off. The blazer and handkerchief mixed with smart jeans and jumper. The corporate suit mixed with trainers giving a utility-corporate look and a range of things you don’t see so often here in the UK, such as experimentations of suits in a wider range of colours, skinny ties, cravats, watches worn over the shirt. All very cool and an impressive extension to the regulated corporate look. 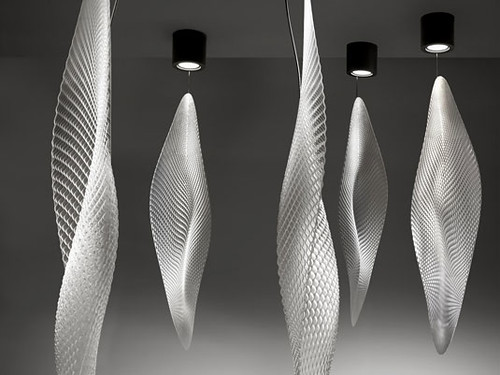 It is probably in product design where Milan’s reputation is strongest. There are a host of shops, in Milan’s San Babila area, selling the most creative and elegant products around. Cassina, B&B Italia, Artemide, etc… These shops sell a host of objects, that its safe to say you wouldnt find in Ikea. One of the more interesting pieces was the UK’s very own Ross Lovegrove’s stunning ‘Cosmic Leaf’ lights. We first set sight on these wonderful objects in the new IDEA hotel in Milan. A very smart and reasonably inexpensive fashion hotel based next to the Central Station. The lights are made of a perforated metal with a stunning texture. it is the combination of the texture and biological form that sets them apart from more traditional lighting solutions. 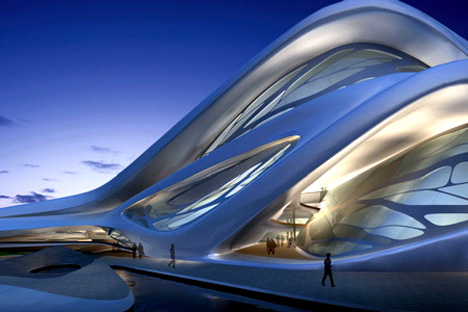 One thing we did see in the midst of Milan’s Montenapoleone area was one of the stars of Milan’s design week itself. The Z-chair by renown Iraqi architect Zaha Hadid. Zaha Hadid has undoubtedly been one of the designers of the decade, spearheading a very distinctive ‘deconstructive’ style. This modern style is embodied in things like the stunning Abu Dhabi ‘Performing Arts Centre’ as well as the impressive ‘Acquatics Centre’ for London 1012. She has the strongest of signature styles which has, in the last decade, found its way into product design.

Her products all use the exact same aesthetics as the buildings but make greater use of natural forms. This is rare for product designers who tend to stick within a more geometric design language. The Z chair’s sculpted appearance is very smart, very strong and the use of stainless steel lends the design even greater impact.

It costs £200,000. I thought this ridiculous, there may only be 24 pieces being produced but this chair, with very limited functionality is not worth this price. it shows that we are truly in the age of the celebrity designer where Zaha Hadid’s name is now up there with Mark Newson and Phillipe Starque. Yes, the design is impressive but people are not paying for this, they are paying for the ‘Zaha Hadid’ name. The object will not be used as a seat but as something for the rich to show off to their friends. What I find a little insulting is that design of this quality lives in the sketchbooks of hundreds of young unknown designers who could not dream of asking for such a price. I don’t blame Zaha Hadid or anybody in particular I just think its mad.

Finally, one of the things that I have always liked about the Duomo area of Milan is that all of the shops have such impressive window displays. They are like works of arts in their own right. We are getting better in Britain, but we still have some to go to beat the Milanese. Elaborate fashion displays complimented with lifestyle products, posters or even theatre props. Some are truly spectacular, and a great way of communicating the brand’s raison d’etre. My favourite this year was Replay Jeans who had basically installed a full jungle into the front of their store. With plants growing (to be honest, they looked more like they we’re dying) in suspended perspex balls, wild leaves and shoots of bamboo all complementing the utility of their jeans. Absolutely brilliant and typical of Milan’s attitude in taking style one step further.

Benedetto Bordone is a designer at the loft | web design Glasgow