When I was just a young boy dreaming to be a car designer, my real love was for Italian cars and I can vividly remember a glorious design phase in the mid-nineties where Fiat, Alfa Romeo, Maserati and Ferrari released a collection of absolutely beautiful cars – Alfa Romeo GTV, Spider, Fiat Coupe, the first Bravo, The Ferrari 355, 456GT.

It was this glorious phases of ‘carrozzeria’ genius that led me to wanting to be a car designer.

However, there was one tale that is important for this post. Fiat, at that time were led by a car-mad CEO – Paulo Cantarella and when the company released The 1993 Fiat Punto, it was the first car in production which had the tail lights mounted high-up on the rear 3/4’s of the pillars of the car. It was such an elegant, futuristic-looking solution and it dramatically transformed the proportions of the car.

However, it wasn’t until I read the design story in Autocar months later that I seen the version pre-‘pillar-mounted tail-lights’ and how much more effective the new solution was.

What’s interesting is where the idea came from?

They were drawn on by the then CEO of the entire ‘FIAT Auto’ company – Paulo Cantarella.

Cantarella realised that safe, lukewarm design would not have the desired effect for the company at that time. He was right, the Fiat Punto became an extraordinary sales success in the nineties.

Not only that, he also sketched the beautiful boomerang tail-lights of the 1997 Maserati 3200GT.

Such was Cantarella’s creativity with tail-lights, it led legendary designer Giorgetto Giugiaro to laughingly say that “the next time we present a model to Paulo, we shall present it without tail lights and leave him to sketch them on himself.”

As I fast-forward 20 years – I am proud to say that our studio has carried on a spirit of openness, collaboration and ‘fun-for-everyone’ to get involved in the creative process. As with most great design and brand solutions – our work will generally be full to the brim with ideas and creative thoughts all tied together in the most elegant and appropriate way possible.

However, the source of these ideas don’t always come from us – yes it is our job to come up with the ideas and the subsequent technical part is one that can only be done by a professional. Cantarella may have provided the basic concept but it was Giugiaro, his designers and engineers that still had to make the final solution production-ready and feasible. However, it is our job is to professionally develop great ideas, regardless of where they come from.

As a company, we thoroughly enjoy working with others and getting as many people involved in the creative process as possible.

Here are 5 of our best creative solutions that have came directly from unexpected sources.

In early 2014, on seeing a wall full of inspirations, ideas and images – Young Enterprise Scotland CEO – Geoff Leask’s eyes were led to a series of images of maritime tails with images of the stars – straight away he shouted ‘Celestial Navigation.’ Celestial Navigation became the theme for the entire brand – an entrepreneur is if nothing else a voyager – and this theme underpinned the entire brand and communications. So much so that it was launched in the Planetarium of the Glasgow Science Centre. 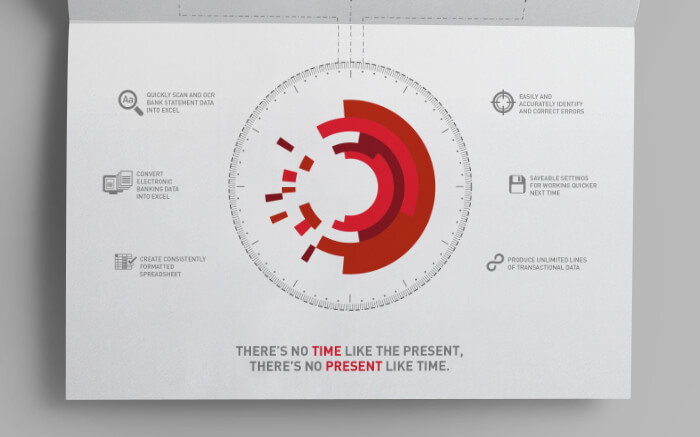 Later on that year, as part of a Christmas Campaign with Altia Solutions. We were using a lot of images and delving quite deeply into the Christmas theme. We were thinking of their software as a gift to their customers – financial investigators – suddenly in the middle of the boardroom – Ian Watson, the Managing Director of the company declares…

A lovely way to close the design of the Christmas postcard campaigns and one that neatly depicts the main benefit of their software solutions to their customers. 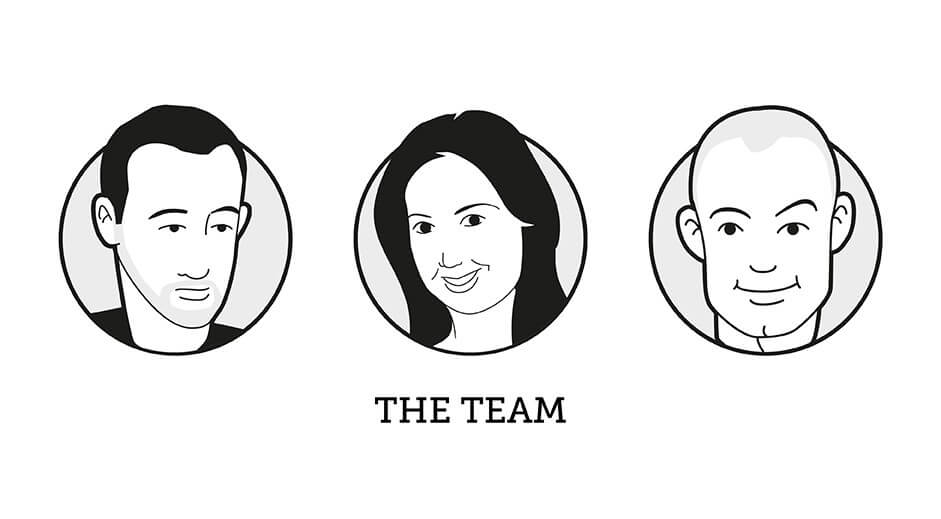 Sometimes, working to tight deadlines bring wonderful solutions. There was just no time to get everybody’s photographs professionally taken for the new Fridge Angels website in early 2014. It was Company Owner’s John McGrath’s request – can’t we just make cartoons of everybody that spawned this lovely little part of the Fridge Angels website. One that instantly lifts the site up a notch or two. 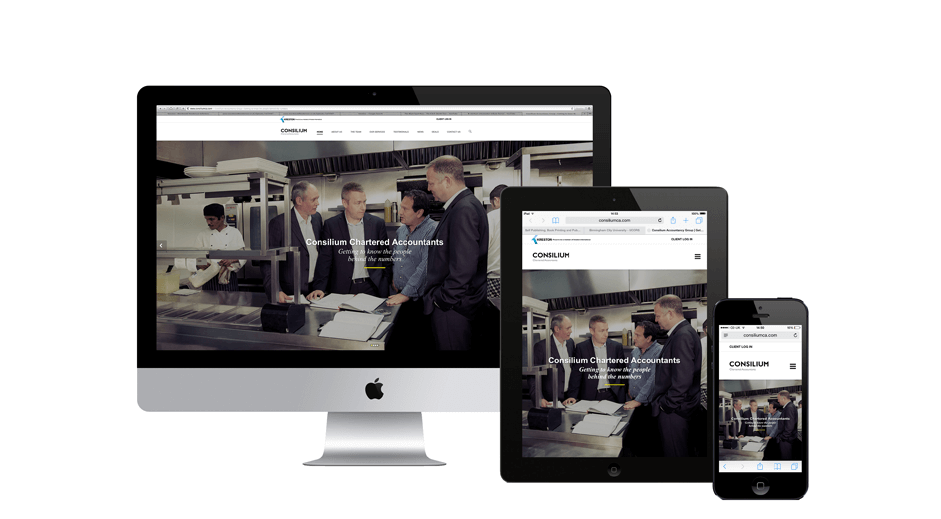 Whether they were just hungry or had a greater level of intuition into Art-Directed Photography for professional services than we did – it was the collective decision of the boys from Consilium – David, John and Raymond to shoot the main image for their website in the kitchen of one of their clients – despite the difficulties of squeezing more than 10 of us into a kitchen during the lunch-time rush – the photos do a great job of getting their message across – ‘Getting to know the people behind the numbers.’

The creative process is a fun one and one where anybody can chip in. We have countless further examples of great ideas that have came a variety of people. The loft’s own logo went through one final and unexpected phase, when my mum of all people, declared it ‘rubbish’ and ‘boring’ when seeing it the night before we were ready to launch the new brand and website. The final logo with the dynamic spacing and line thicknesses all came from that ‘eleventh hour- last minute update.’ I still laugh when I see the one that it replaced.

I hope you have enjoyed reading this as much I have had recalling some of the fun moments from the past couple of years. 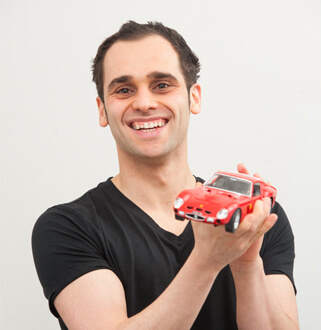 Benedetto is a designer and founder of the loft – a specialist design and branding studio based in Glasgow.

The loft takes the true essence of what organisations do and with his team brings those stories to life with a coherence, simplicity and delightfulness that helps companies to create outstanding brand communications.

‘Design with Soul’ is more than a company tag-line to Benedetto, it is a way of life.

His journey has taken him from a career in car design through to his current role. He is honoured to manage a great team, work with great clients and have a lot of fun mixing with so many great people in business.